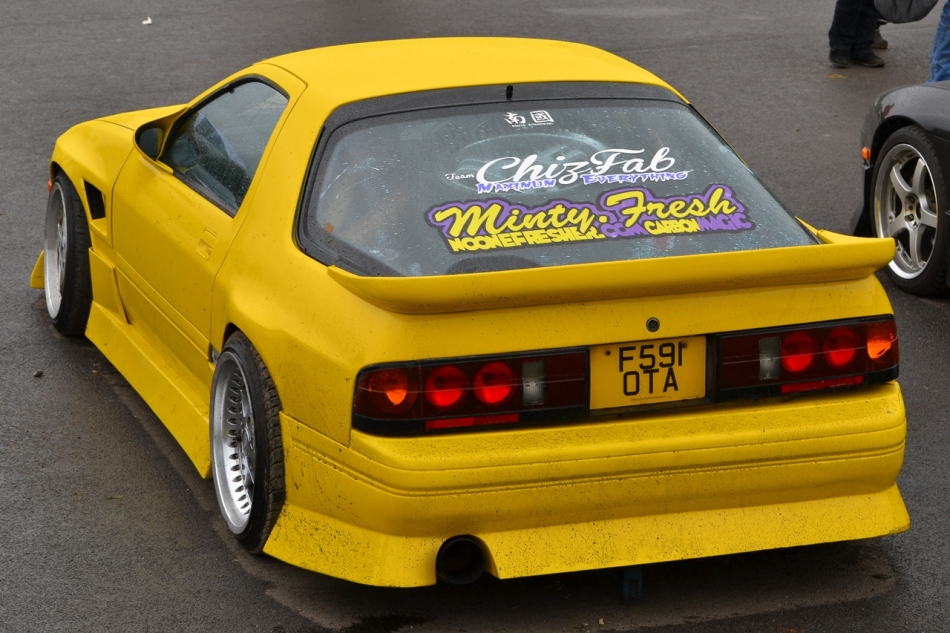 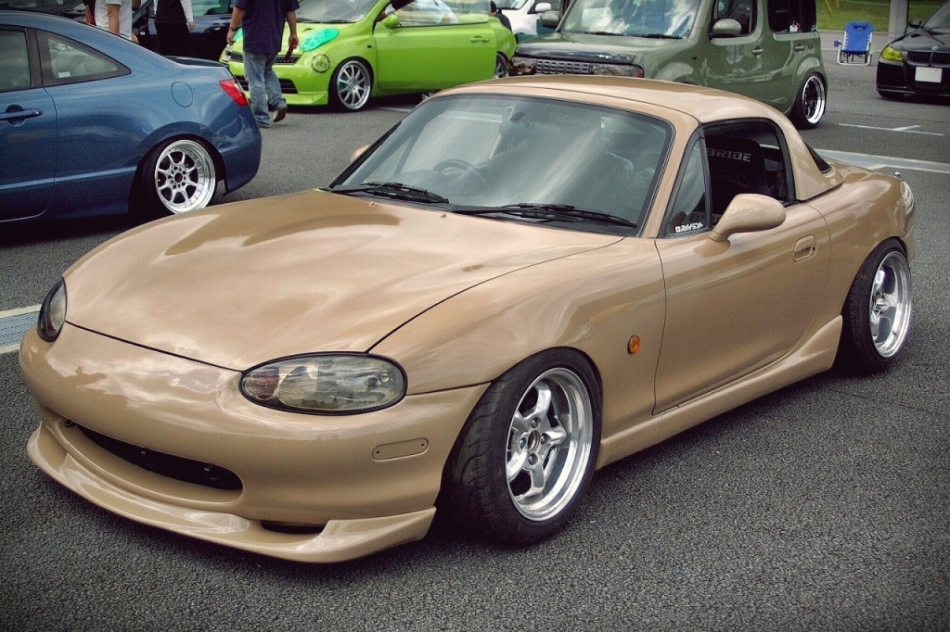 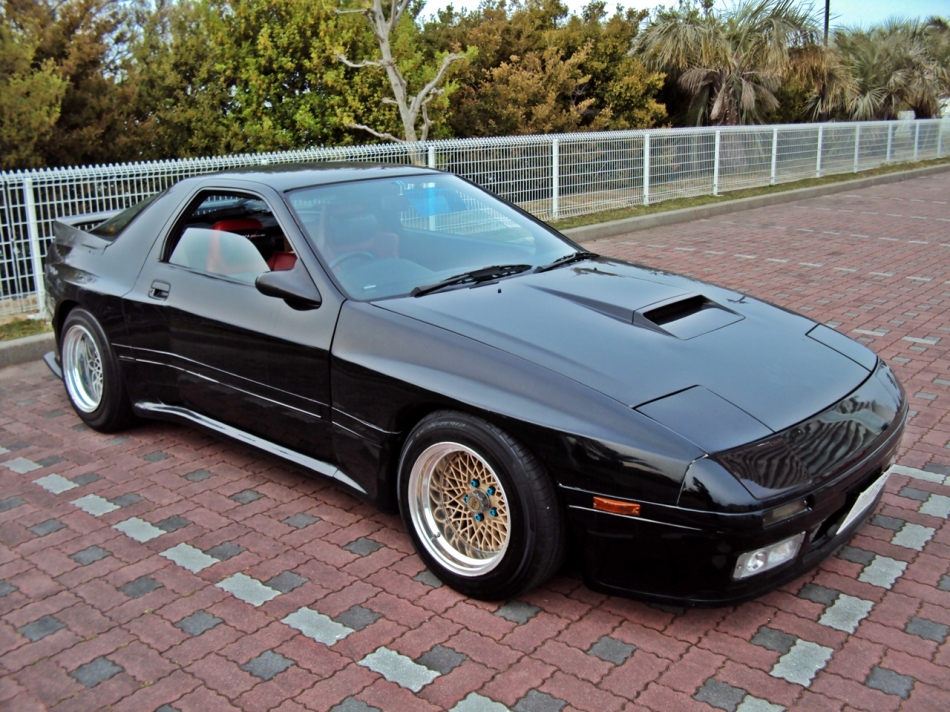 I took a trip down to Crail Raceway on Saturday with some members from JDMtas. There was a drift practice day organised by some of the Scottish members of the SXOC. The track is at the site of an old World War 2 airbase, so plenty of long straights meaning lots of high speed drift action. Steve from MintoFruit was having problems early on with understeer in his Mazda, so to cure the problem it was decided to place his rear 8.5 inch wide Watanabe’s and sticky R888’s on the front. This caused a problem with rubbing and lack of steering lock, so we stripped the front wings and bumper off to cure that problem. It didn’t look very pretty, but worked well!!!! Roll on the next event!!!